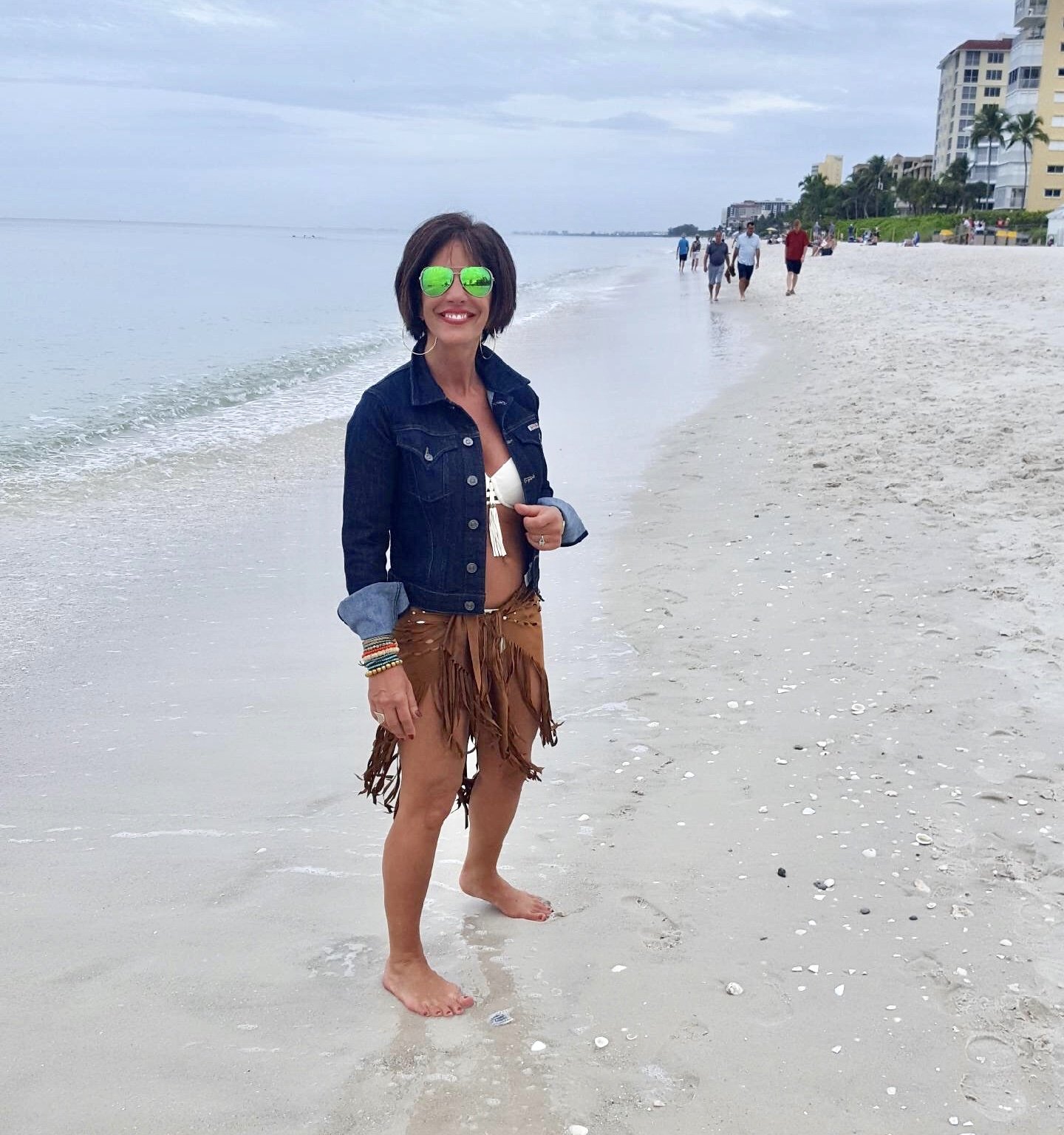 It was an overcast morning in Naples, Florida, but since Peter and I were heading home later in the day, we decided to hang out on the beach then have lunch at a favorite beachfront spot before heading to the airport…I wore an ivory faux suede bikini that I call my ‘James Bond’ suit – not too skimpy and quite unique…as a coverup I opted for this camel suede sarong found years ago at Revolve.  It was a bit cool, so I also wore the denim jacket, something different for me, going for a western look… 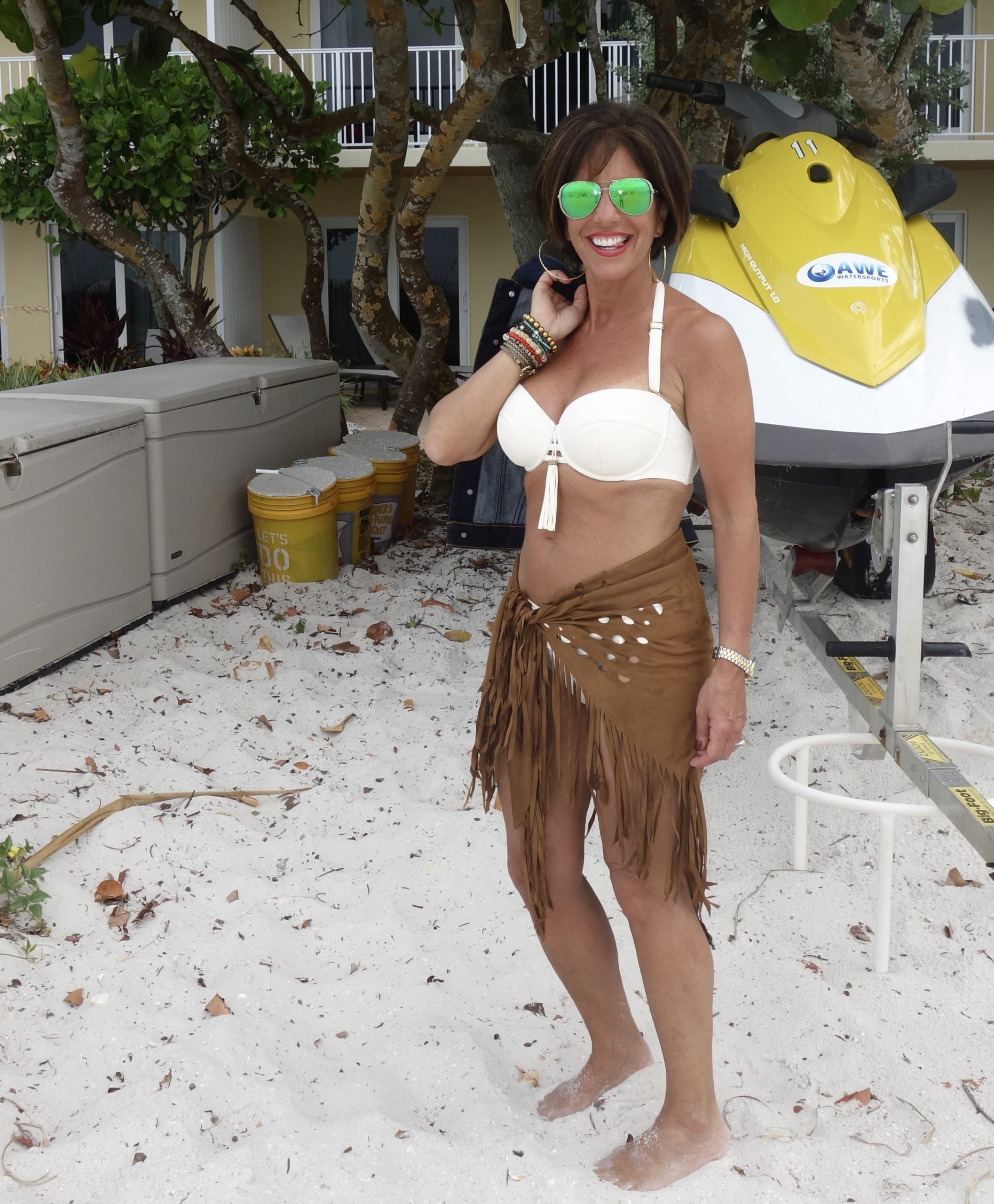 The day warmed up, the jacket came off, and we walked down Vanderbilt Beach to The Turtle Club, a place we had been to earlier in the week…fabulous ceviche, great drinks, round tables with umbrellas set in the sand, essentially on the beach. There is also indoor dining, but I never checked it out. Peter went inside to find the hostess, as I sat on an outdoor bench and waited in the sun…as Peter came out, thumbs up, pointing to our ‘front row’ table, the middle aged hostess in a navy sheath approached me delicately.    “Excuse me, but our dress code requires coverups for dining, can you perhaps wear your wrap as a dress?”   (Can you imagine the look on my face???)  “Oh, but I don’t think it will cover enough on the bottom,” I replied.   (We had no time to walk back to our hotel and get another top)   “How about I get you a towel?”,  she kindly replied.   I politely obliged.  :-0 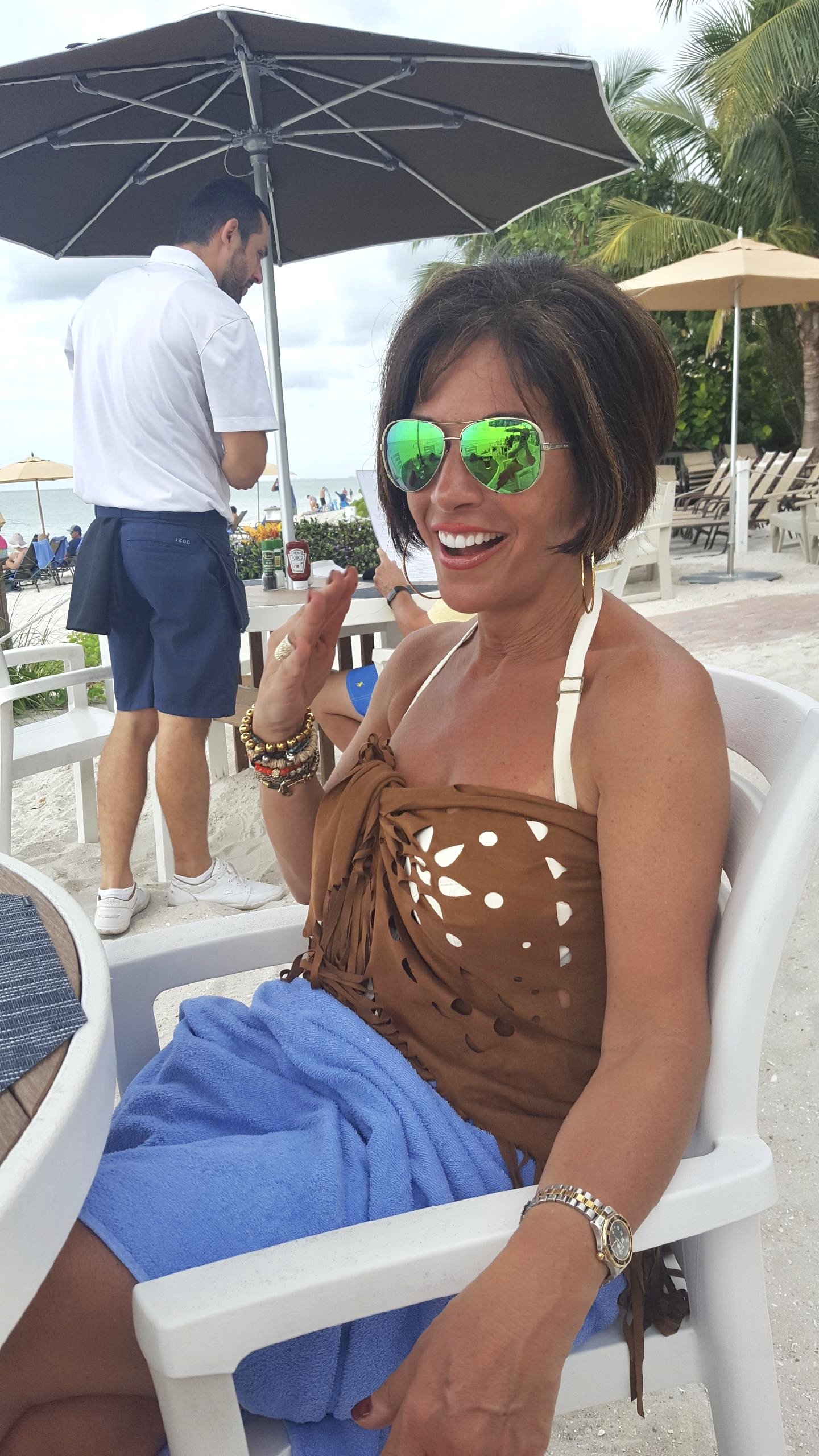 When she brought me the towel she apologized for causing me any embarrassment and I pleasantly responded that apologies were not necessary – I actually love dress codes and wish there were more places that enforced them!  UGH!  If only I had known, I had plenty of fabulous coverups back in our hotel room!

Well, well, well, the joke was on me.  Ha!  The disgraceful woman who was forced to cover herself up! (It wasn’t even a white towel!)  What a riot.  Was I embarrassed?  Just a little bit, but not enough to ruin our lunch, and I would definitely return the next time that we are in Naples. (Already planning the outfit…)

When it was time to leave Peter suggested I slowly untie the wrap and just let the towel drop…haha.  Honestly, I can’t remember how I gracefully exited, but here I am seconds later, a few yards away… 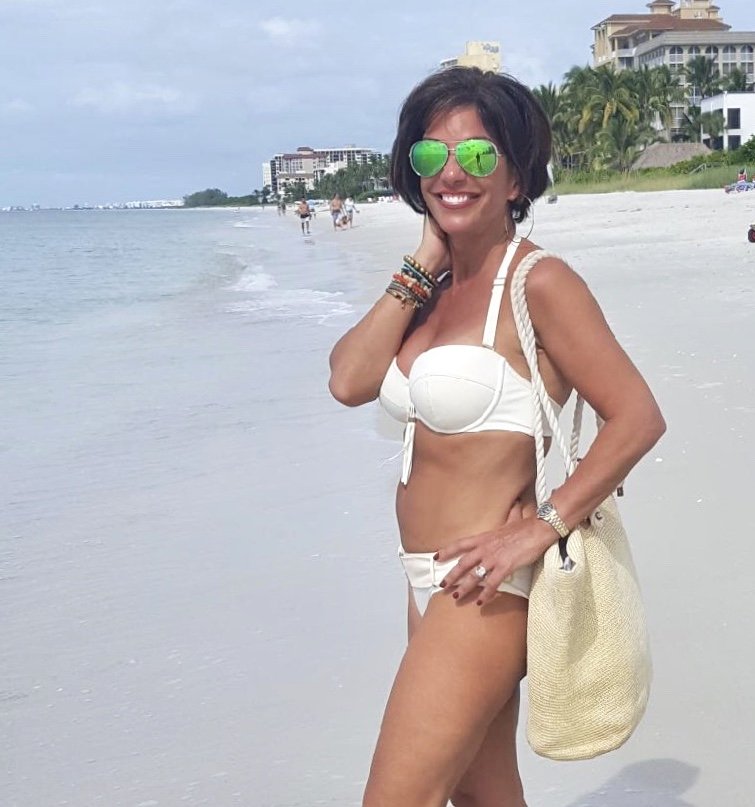