With every year that passes in middle age, thoughts of putting on a swimsuit can be daunting for men and women alike.   Since I turned 60 this January I was especially determined to get in my best shape ever for a planned  family vacation to Grand Cayman. (Good to have a specific goal!)  While Peter is not quite 60 yet, at 58 he was equally motivated.  After organizing our vacation photos to our computer, it was interesting to compare pics from exactly ten years ago.  You can certainly see the passing of youth, but you also see the results of hard work over time… 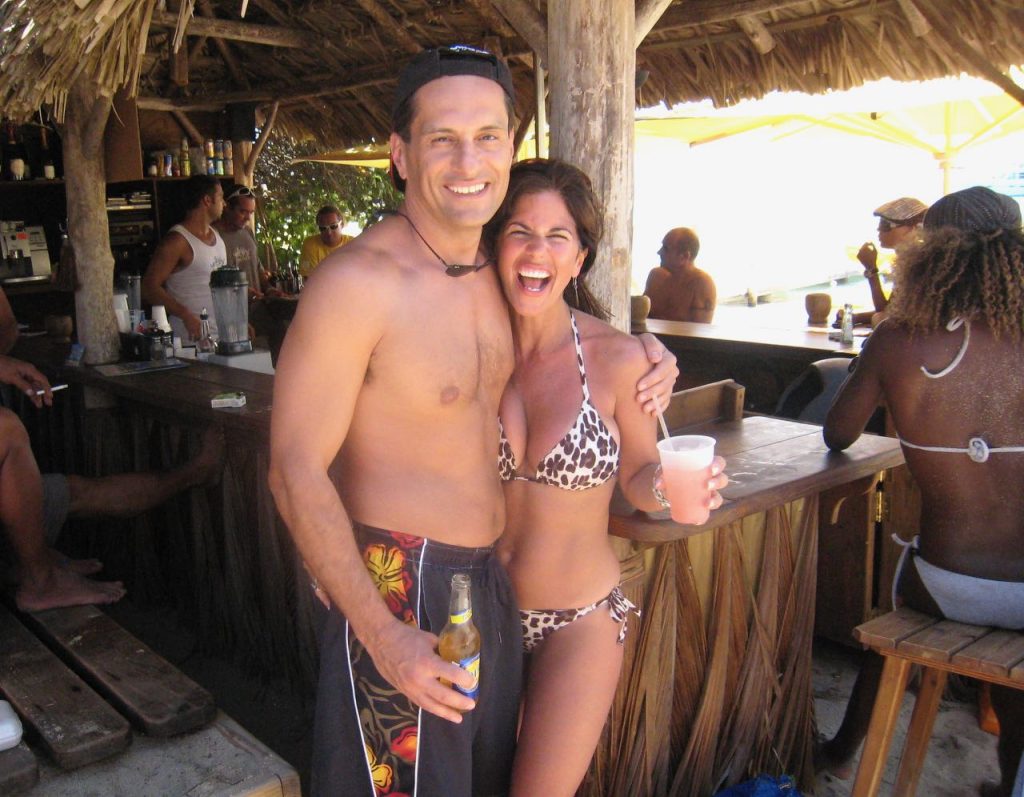 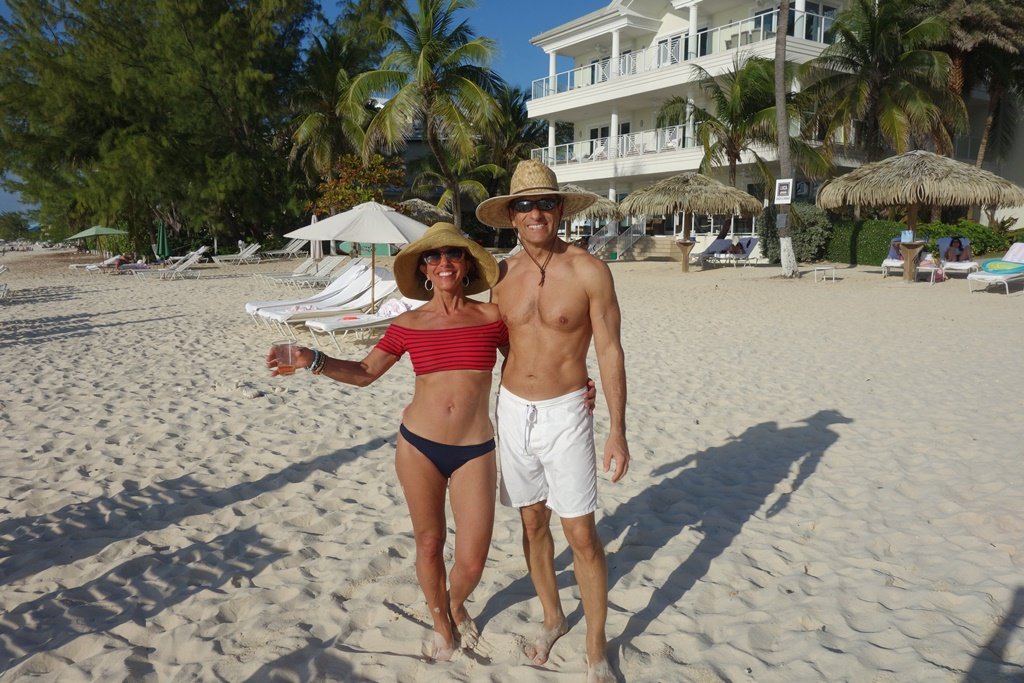 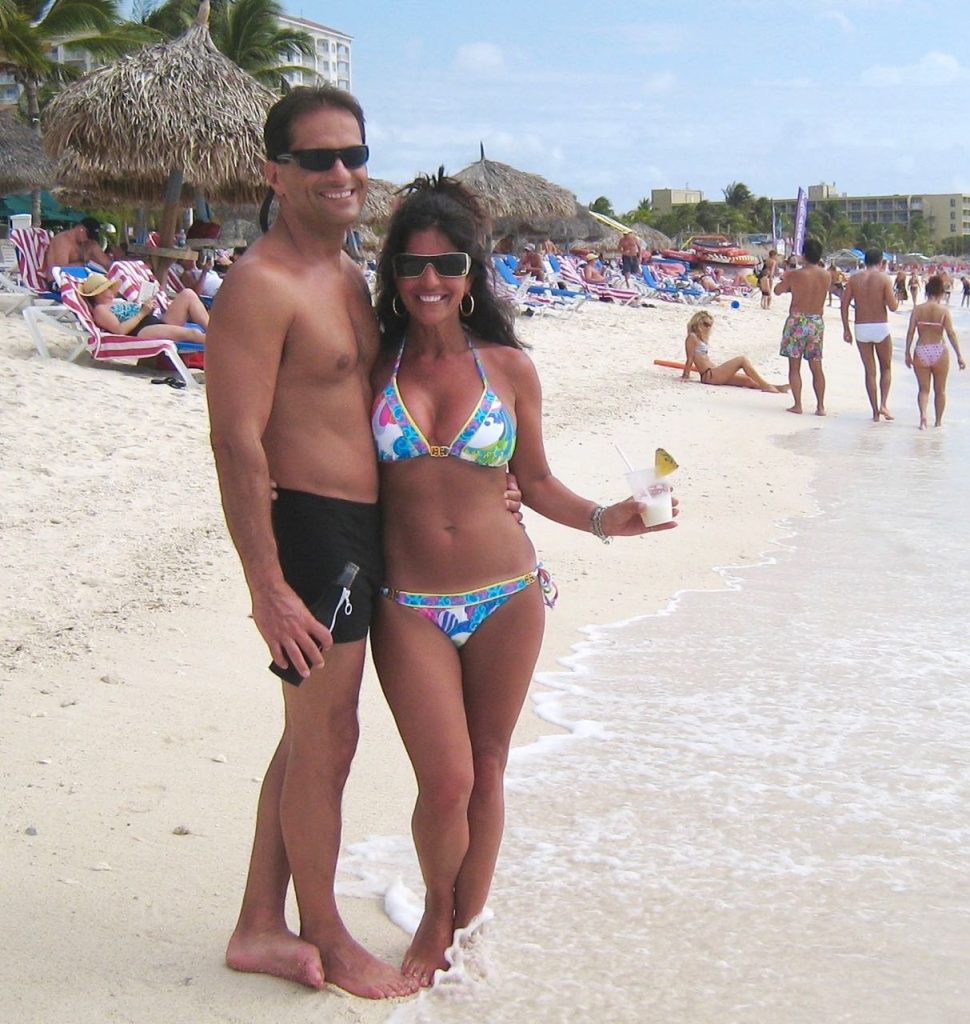 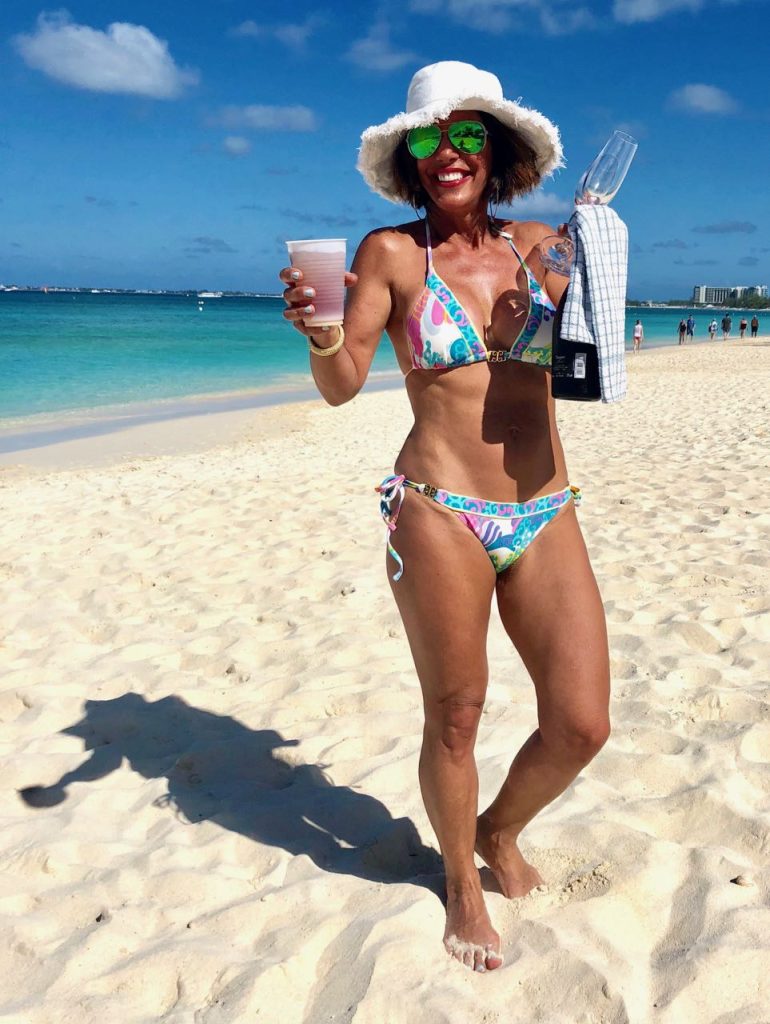 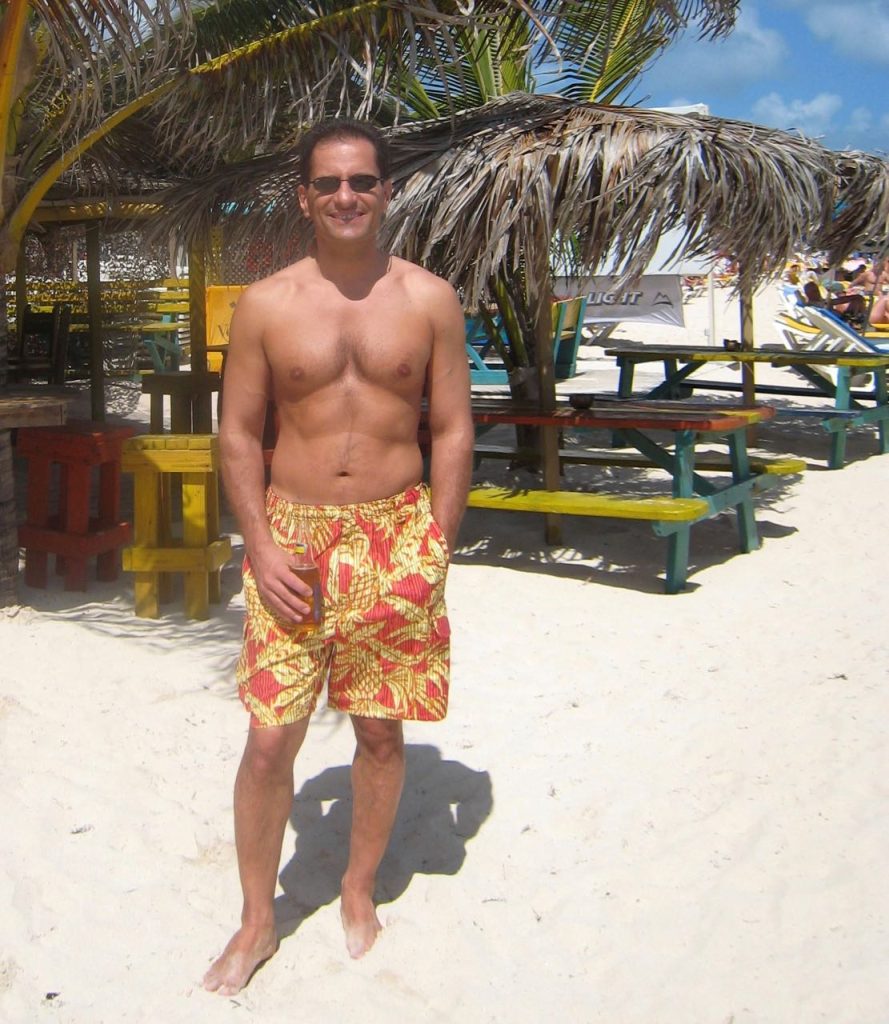 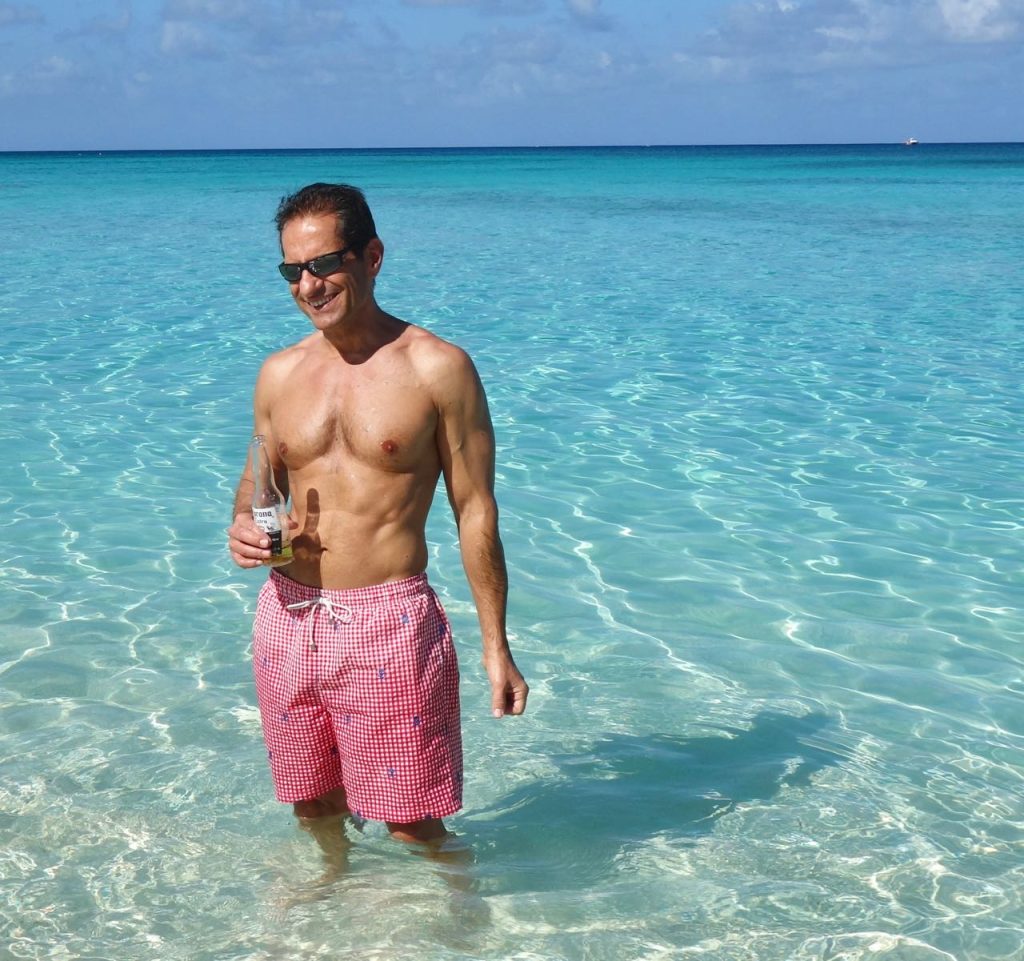 NOW; 2018  Swim trunks with skull and crossbones by JMcLaughlin 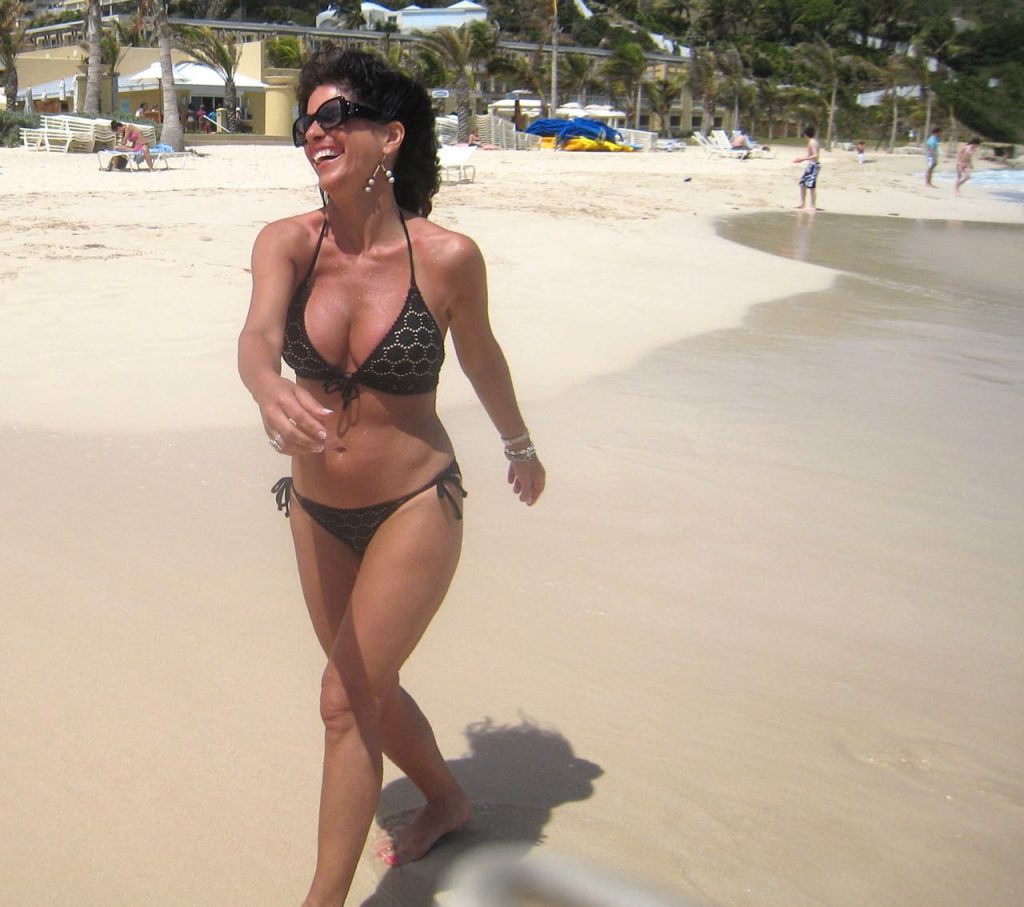 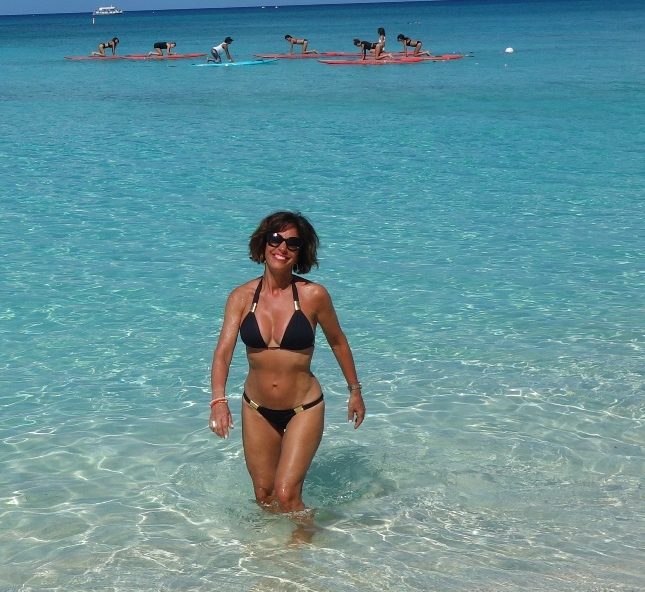 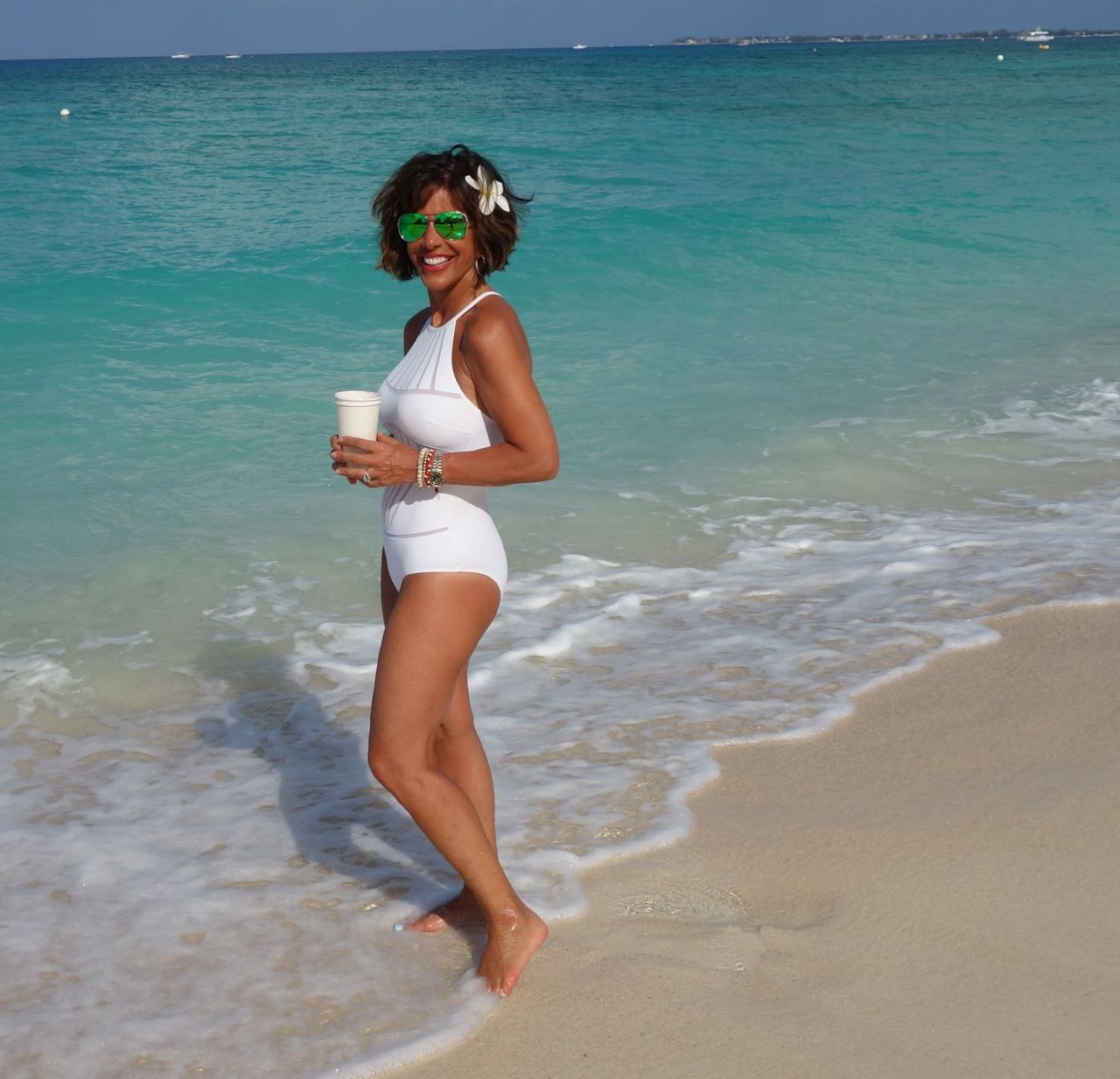 Since this recent trip was a family vacation, must close with a pic of our gang, all fitness devotees!  L to R: Peter, me, son Brad, son-in-law Tyler, daughter Hayley, 86 year old dad, grandchildren Henry and Emily.  🙂 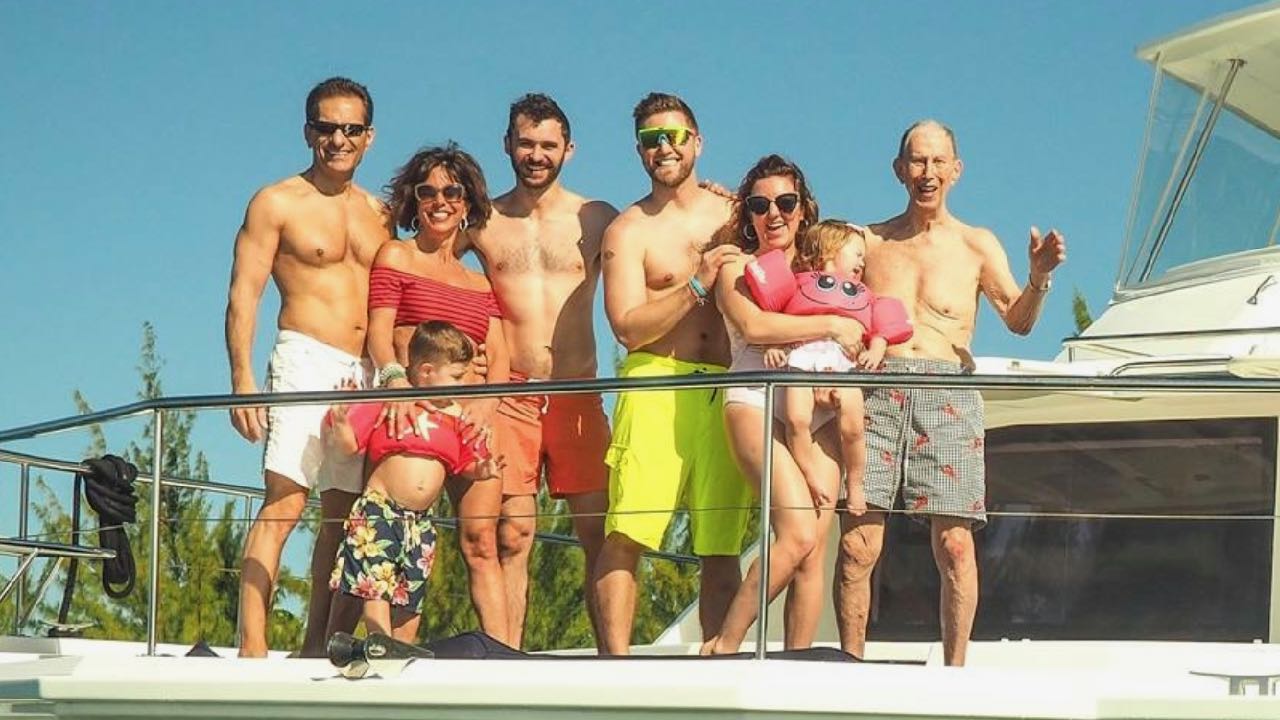 THEN. NOW.  What about the FUTURE?  Ten years from now?  Oh boy…time will tell!